Drug addiction is a mental illness. It changes the chemistry of your brain—it makes cravings impossible to ignore and withdrawal painful to endure. Sobriety is life saving and tough to achieve. At times, it can feel like the world is pulling individuals back towards drug use, piling on stressor after stressor until it feels like there is no choice.

There is a choice, though. Sobriety is life changing and possible even through the toughest of times.

“You’re going to kill yourself if you don’t stop.” These words woke George up from a nightmare filled with drugs and chasing highs that lasted for years. Life wasn’t about living, it was about existing. George jumped from high to high, never stopping to consider the damage he was doing to his family.

“I was very lost. All I did was worry about getting high, I didn’t care about what tomorrow would bring, as long as it brought me something to get high on.” George admitted, “That’s who I was before.” 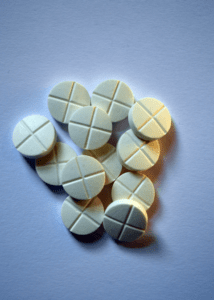 He became removed from his family because of his drug addiction. “My oldest son—he wouldn’t even talk to me,” said George. His youngest son, Colton, also suffered from the effects of his father’s addiction. Colton had to deal with his mother’s addiction, and eventually her death.

“When Colton’s mom passed away, and I had to tell him, that was one of the hardest things I’ve ever done,” said George “I lost my sister not a month later”. Luckily, George and Colton had OhioGuidestone to support them through this trying time. George had learned of Central Ohio’s OhioGuidestone program during his time in drug court. He quickly enrolled in alcohol and other drugs group services, men’s group, sober support, intensive outpatient counseling, and Parent Mentoring. OhioGuidestone’s wrap around services appealed to him. He was supported in every way possible, even beyond his addiction treatment. Trusting OhioGuidestone to help, he enrolled Colton in Youth Mentoring and counseling.

“OhioGuidestone pushed me—they didn’t drag me—we walked the journey together” he remarked. George and his son developed deep relationships with their counselor and therapists. “It wasn’t like I was talking to this clinical person. Over time, it got to where I felt more comfortable with him and I could talk to him about anything. If I was having a bad day, I could break down. I wasn’t afraid to cry,” said George, unwavering.

“I’ve went through a lot—all of the reason to make you relapse—and I didn’t,” he said with pride. “And Colton, he’s a good kid.” Both Colton and his father struggled with sharing emotions besides anger before OhioGuidestone. He eventually accepted that a strong man feels all of his emotion, and that it is the key to living a happy life.

If you were to ask George about his priorities today, he would hand over a long list. It would include his sons, his mother, his job, and living his life while sober.

“I consider myself to be a good guy, now.” George said.  Though he is done with OhioGuidestone for now, he encourages others that struggle with addiction to reach out and contact OhioGuidestone. “If you have the willingness and the open mindedness to let OhioGuidestone help you, there’s only good things to come,” he finished.