That one word sums up the opiate epidemic in the United States, and especially Ohio, better than any other. We watch tragedy after tragedy on the news, and sometimes become immune. Flip the channel. Turn the page. Anything we can do to forget the terrible epidemic raging in our country that touches families and communities alike. Substance use disorders are on the rise, and communities need to get together to talk about them. Both to prevent them and to treat those afflicted.

Start the conversation here. Learn the facts about the opioid epidemic across the country and across your state. 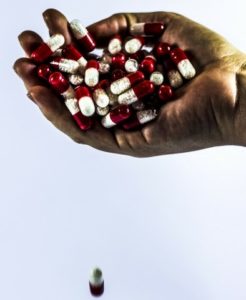 It begins with something simple. Maybe it’s an injury or chronic pain. When a doctor prescribes opiate-based painkillers like codeine, fentanyl, or oxycodone, the risk of drug dependency soars for that patient. That’s because opiates are highly addictive. The opiate receptors in the brain become dependent on a constant high. Even those who take opiates responsibly run the risk of becoming dependent, if their doctor over prescribes painkillers. The federal government recommends a three-day dosage cap on any opiate prescriptions. Overwhelmingly, 99% of prescriptions written are for more than three days. A quarter of doctors even prescribe the painkillers for a month or longer. This proves especially dangerous: after a month of opiate usage, the brain’s structure and chemical makeup changes.

These risks don’t just affect those responsibly taking their own prescriptions, either. When individuals who don’t need the painkillers experiment with these drugs, they are more likely to become addicted as well. That’s why it is important to both use and store prescription opiates responsibly. Over 70% of those who use painkillers illegally will get them from families or friends.

Learn how to properly store and dispose of unwanted prescriptions here to help prevent this influx of prescription abuse.

Fact | 91 people die each day from opioid use

That’s one person every 16 minutes. In the time you finish a cup of coffee. The time it takes to read this article. These deaths are largely due to overdosing by mistake. Individuals who use for the first time can misjudge how much their bodies can handle, and take too much for their body to cope with. Alternatively, those who have used longer aren’t able to stop their habit. Their bodies become accustomed to small amounts of opiates, and they become less effective. To make up for this, these users will up the amount of drugs they are using—often times too much and overdose. Nearly half of all opioid overdose deaths involve prescription opioids. Overdosing is rarely intentional.

To prevent the need for opiates in recovering patients, drugs like Vivitrol help curb cravings and withdrawal symptoms. However, this requires someone to be clean for 7-14 days and want to quit. It’s difficult to begin overcoming opioid dependence, but not impossible. George’s story proves that.

For a country with 50 states, this ratio should be different. However, the reality of the situation is that Ohio has the most opioid related deaths of any state as of 2015. The number of accidental deaths in the state of Ohio caused by opiates has even exceeded the number of deaths by car accidents. Ohio organizations are searching for answers and solutions to this problem—including OhioGuidestone. Ohio Attorney General Mike Dewine weighed in on OhioGuidestone’s effectiveness in 2016.

So how can we stop this overwhelming crisis? We can begin with conversations. Converstations about prevention, recovery, and the reality of what drug abuse looks like. How it starts, how it continues, and all too often how it ends in tragedy. Prevention programs have proven effective in children as young as preschool age, so begin early. Children with strong parent relationships are less likely to use drugs, as well. The parent child or guardian child relationship is vital to preventing drug use in new generations. Open and honest conversation is the cornerstone to edging out this drug epidemic.

So, start the conversation here. How will you do your part?